After an injury or death, we seek justice on your behalf.

What We Do For You

If you have been injured in an auto accident and need to prove that the other driver is responsible for the costs, you need the help of an auto accidents lawyer in Houma, Louisiana. Turn to St. Martin & Bourque for help understanding your legal rights and what your next steps should be.

Aviation accident victims and their families hire St. Martin & Bourque because of our many years of experience handling accidents involving helicopters transporting individuals offshore, along with our representation of individuals injured or killed in commercial and general aviation crashes.

If you or a family member was injured while employed on a vessel at sea due to negligence or the lack of seaworthiness of a vessel, you may have a Jones Act claim. You or your family member may be entitled to damages, including past and future medical expenses, lost wages and pain and suffering.

Sadly, because elderly loved ones may suffer from communication problems, elder abuse often goes unreported. The team at St. Martin & Bourque is experienced in working with elderly patients and is adept at navigating the medical complexities of claims for nursing home negligence. We can help bring your case to a quick and effective resolution.

Whether the victim is you or a loved one, St. Martin & Bourque has extensive experience representing those who have sustained serious injuries caused by burns or fire-related incidents. We understand the particular challenges these patients and their families face and will meticulously investigate the cause of injury, identify the liable party or parties, and fight to get maximum compensation for you.

Mass torts often involve formidable opponents, like multinational conglomerates and insurance companies, who will try to minimize your recovery and discount your suffering. The team at St. Martin & Bourque is not only prepared to dive into the facts of your individual case, but we’re also experienced at representing the people along the Gulf Coast against challenging and formidable opponents.

Since 1967, our firm has been seeking justice on behalf individuals and their families. Here in Houma, Louisiana, St. Martin & Bourque is a name that stands out in the field of personal injury litigation, particularly in the areas of maritime/offshore, aviation, auto accidents and nursing home negligence. With a history that spans more than fifty years, our firm is uniquely experienced in defending the rights of clients against powerful corporate interests.

Giving Back To Our Community

Our attorneys have made their lives in the Gulf Coast. The firm is involved in not only the legal community, but in the community at large. We know how important family and friends are here. Unfortunately, we’ve seen big companies try to take advantage of our region’s friendly and welcoming spirit. If you or a loved one is injured, we’re here to protect you, your rights and your way of life. Read more about how we give back.

How We Give Back

The lawyers at St. Martin & Bourque have the right combination of local knowledge and legal experience to help injured workers and their families. We know the ins and outs of the local industries, whether on land, in the air or at sea. We know the right strategies to get you what you need and will guide you to an efficient and effective result.

“There are many specialized issues in our cases because of the unique equipment involved. Whether it’s a platform in the Gulf or on a helicopter, when something goes wrong the results can be catastrophic. That’s when these families depend on us.”

...in my life after a work accident Chuck and colleague Mike Doyle showed me I did.
After many years in the court system Chuck and Mike finally got closure in my case for me and my family. There are no words that I can express my gratitude for their expertise and go get them attitude in resolving my case. Thank you so much. 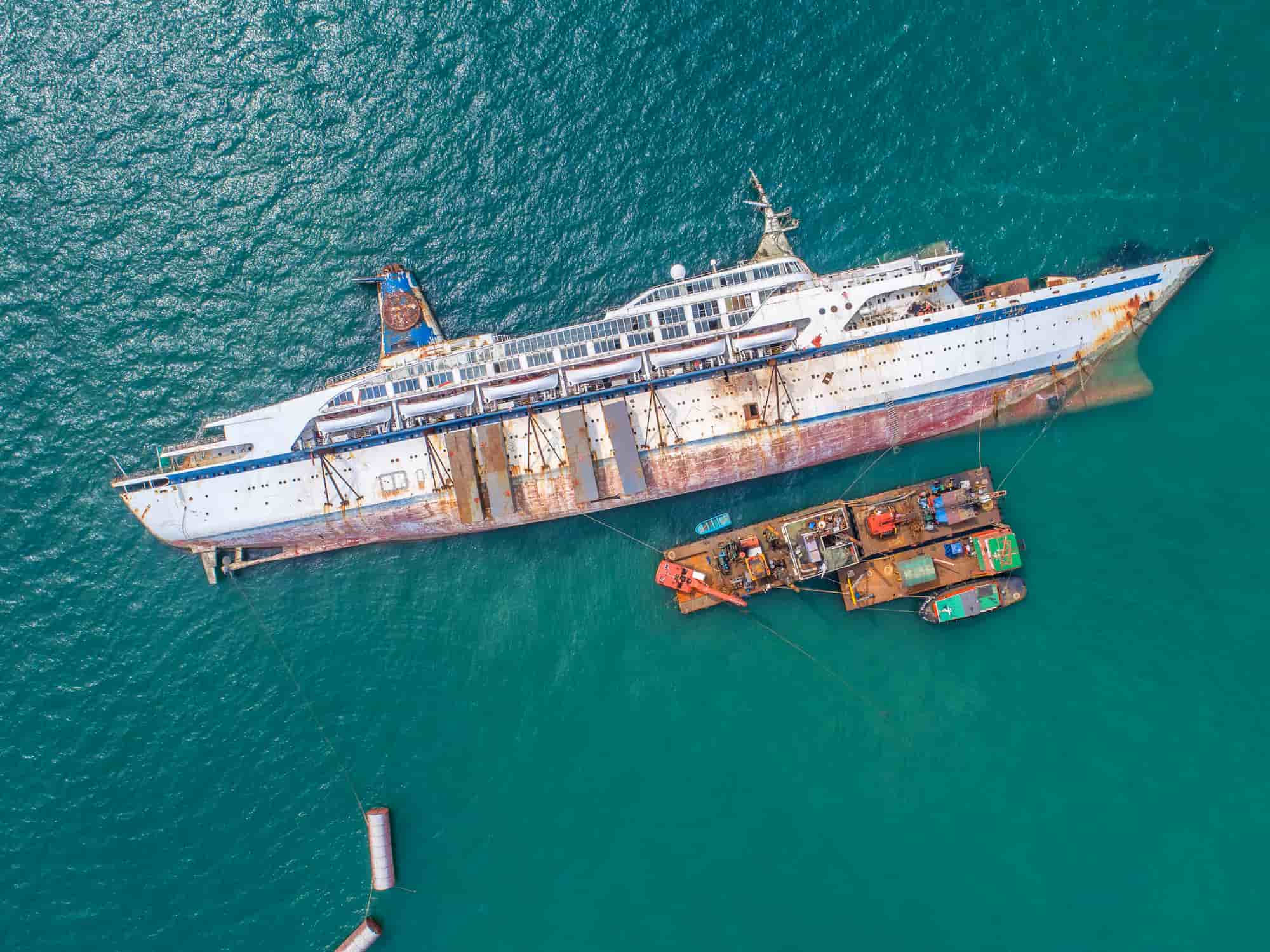 St. Martin & Bourque represented the family of a crew member who sustained serious, and ultimately fatal, burn injuries when his vessel struck and punctured an underwater gas pipeline. At the time of the allision, the vessel was attempting to navigate to an oil storage facility. The gas escaping from the pipeline subsequently ignited and the vessel was engulfed in flames. As a result, the crew member suffered second and third-degree burns to almost 60% of his body. The crew member underwent inpatient treatment at a local burn unit for 28 days, but unfortunately died as a result of his horrific injuries.

The suit was filed against various entities, including the owner of the vessel, the owner of the pipeline, and the owners of the oil storage facility. After taking over 20 depositions and litigating the case for over two years, we were able to reach settlements with all of the defendants totaling $11,450,000.00.

Our client, a resident of the United Kingdom, was assigned as a floorhand to a jack-up drilling rig working in the Gulf of Mexico. Our client was working on the drill floor when a metal plate/cover on the rig’s top drive fell approximately 90 feet to the rig floor and struck the plaintiff on the left side of his body. Our client suffered numerous injuries, including a left brachial plexus injury, several broken ribs, fractures of several lumbar vertebrae, injury to his spinal cord, a ruptured spleen, contusions to his liver and lungs, an open fracture and dislocation of the left ankle, ruptured tendons and dislocation of the right ankle, along with other internal injuries.

Our client was trapped under the metal plate until the plate was removed by one of his co-workers. Our client was flown to shore and initially underwent surgery to remove his spleen and repair his numerous internal injuries. Our client subsequently underwent five surgeries on his left ankle, a surgery on his right ankle, and a five level fusion of his spine involving pedicle screws and fixator rods. Our client was hospitalized for approximately six months following the accident during which time he underwent extensive physical and occupational therapy.

As a result of his injuries, our client, who was 23 years old at the time of the accident, was rendered a paraplegic and now has limited use of his left arm because of his brachial plexus injury. Our client did not have a severed spinal cord, but suffered extensive nerve damage in the lumbar spine in the area of the fractured vertebrae. Our client did have a return of bowel, bladder and sexual function. Our experts opined that his special damages, including his future life care plan, were approximately 4.5 to 5 million dollars. Our client’s claims were settled at mediation for $11,000,000.

The Right Team Makes All The Difference